Tonight, the Solent Devils are delighted to announce the re-signing of player / coach, Alex Murray.

Murray is returning for his 12th season as a player and 9th as head coach, commenting upon his return

I’m honoured to be returning as Head Coach of the Solent Devils for the 21-22 campaign. This team is very close to my heart and I look forward to carrying on buildng this great club!

When asked about team and personal goals next season Murray reflected on previous season achievements, stating…

This season is going to be our biggest test yet! With a lot of uncertainty around the pandemic, supporters and guidelines, we simply cannot begin to predict how this will play out. Regardless, we are hoping to continue were we left off, winning the Spring Cup & in the league – competing for the title.

Discussing how valuable was it to the team to participate in the Spring Cup Series, Murray reflected on the tremendous efforts from everyone…

To be one of 4 teams in the south who were able to compete during the Spring Cup is a true testament to how committed our team, volunteers and supporters are! We thoroughly enjoyed our experience and have lots of people, including the EIHA to thank for facilitating the event!
It will ultimately help us for next season, understanding COVID protocols will hopefully give us an edge.

With over half of the NIHL 1 teams not competing in the Spring Cup series, how do you approach a match against teams that haven’t played competitively for 18 months?

It will be strange for sure. I quite enjoyed the teams and set up for the Spring cup. Honest teams, all playing within the spirit of the game, made the competition enjoyable. For those returning, we look forward to renewing our rivalries with all teams and we all look forward to returning to the ice

In the past 9 months the governing body for the sport, the EIHA, has under gone significant change in membership and structure, turning his thoughts to a revitalised EIHA

It’s a little unknown at the moment. Obviously a lot has changed over the past year! One things for sure, the EIHA, in particular Andrew Miller, we’re very supportive during the Spring Cup.

Reflecting on the last 18 months with the restrictions in place and the changes in working, travel and life in general what positives came out of that experience for you or the team?

It was the feeling of pride and accomplishment. We successfully competed in a safe environment, with no COVID cases for 4 months! It goes to show that we all should overcome the pandemic soon! We were delighted to be able to provide some entertainment to our supporters and fans from other clubs during a difficult time.
It’s certainly something I will remember for the rest of life.

Speaking about the return of supporters to the venues

We simply cannot wait until the supporters return to the Solent Arena! The Spring Cup was very surreal without our loud, loyal home support. We hope that as many of them as possible are allowed to return, once safe to do so

Murray will return to the Devils in shirt #73. If you would like to sponsor a Devil or become a team sponsor, contact devilssupporters@outlook.com.

Look forward to seeing you on Saturday https://t.co/VOsnePKd9j
View on Twitter 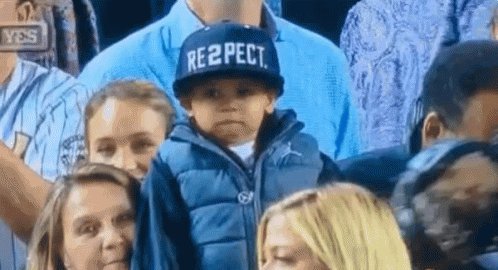