This evening the Solent Devils are pleased to announce the return of prolific goal scorer – Drew Campbell for the season ahead.

Commenting on his return, the Canadian born forward said how he was eager to get back at it

“I can’t wait to just be in the dressing room with the greatest bunch of guys I know, having a laugh and playing in front of the best fans in the league.”

This will be Campbell’s 24th season in British Ice Hockey where he has amassed over 1,000 points including 4 points in the Spring Cup! When asked about the series Campbell spoke of the impact it had on him,

“The Spring cup was a blessing. As at my age I need to be on the ice as much as I can to keep up with fitness. As these you guys are just faster, stronger, and more physical than ever. But boy did I miss the fans in the rink”.

“The past 18 months have not only changed the way we look at life, but all the things we took for granted, the world has changed. Many people have lost loved ones, and many have seen the strength in loved ones fighting this virus. Seeing it unfold first hand, isn’t great.”

“Drew is one of a kind! He surpasses expectations year in year out, age seems to be no barrier to his success. Drew has been a wonderful servant for our club and will continue to play a pivotal part next season. Drew really helps on face-offs, special teams, nurturing the younger players and will be a key part of our squad”.

Campbell started his junior and early senior career in Canada, with many hours spent travelling with his teammates, when posed with the question, what is your favourite rink outside of Gosport?

“Now that is hard for me, as you didn’t specify, in the UK or world… in the UK, Slough has always been the best ice pad, but I have always loved the trip to Ally Pally, just a stunning venue, the ice during the spring Cup was amazing to play on. But if I had a choice worldwide, I’d say mountain arena in Hamilton Ontario. An old rink that has a lot of history, including where they filmed Youngblood.”

Campbell will return to the Devils in shirt #23. If you would like to sponsor a Devil or become a team sponsor, contact devilssupporters@outlook.com

The Devils hit the road to take on @WeAreMKThunder for a 6:45pm face off

You can tune in via live stream if not travelling and you can find the details here ➡️ https://t.co/7fRfaqXe1w https://t.co/PgBlWlgo2P
View on Twitter 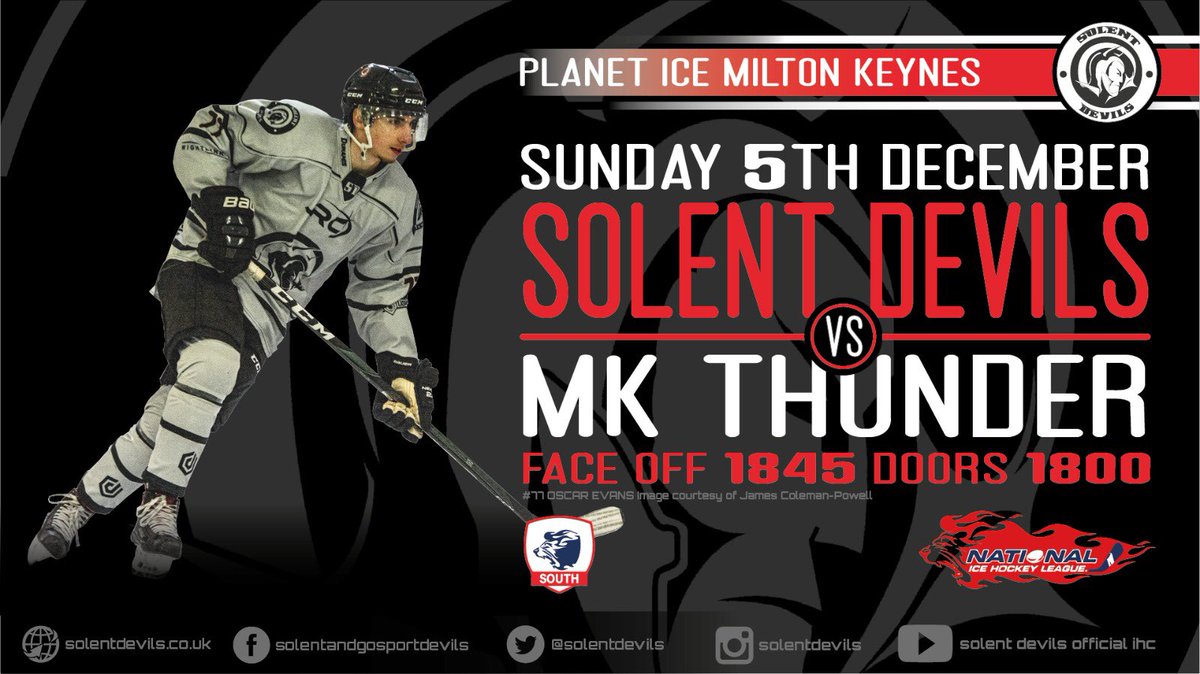