The Spring Cup 2021 winners – Solent Devils will be returning to the ice from September this year with a full squad to compete in the NIHL South 1 League.

Whilst the delay announced last week to venues opening fully, we’re hopeful that as the autumn evenings draw in, our supporters will return to spend the evening at the rink and get our hockey family back together after so long apart.

“After another nail biting finale the team managed to secure the spring cup league victory, preparation for the series brought lots of challenges to the players and staff alike.. It was great to see supporters from all teams participating in the online chat and whilst apart, we were still together, now the hard work of pre-season preparation begins for all.“

Look out on social media for news of the season ahead, signing alerts, sponsorship opportunities, season ticket and gate prices as we get closer to the start of the season.

Followers: 2631
Solent Devils ·
@SolentDevil
It’s the last home game before Christmas and tickets are selling fast for the first leg of the cup semi final, book now before they’re all gone 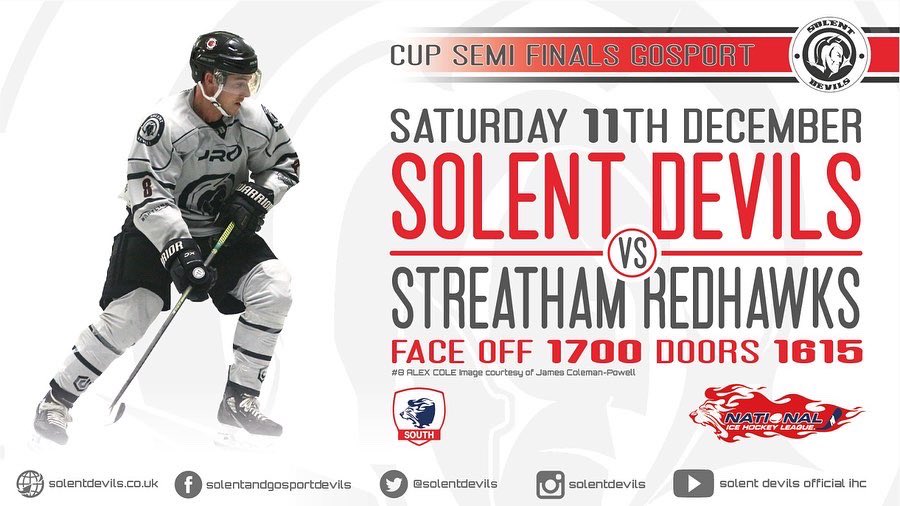