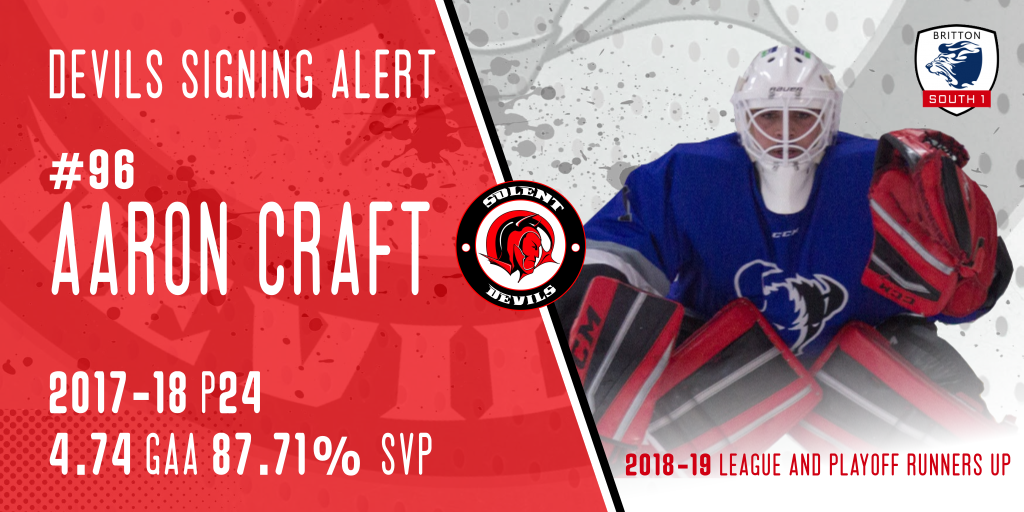 The Solent Devils are pleased to announce the signing of experienced netminder, Aaron Craft.