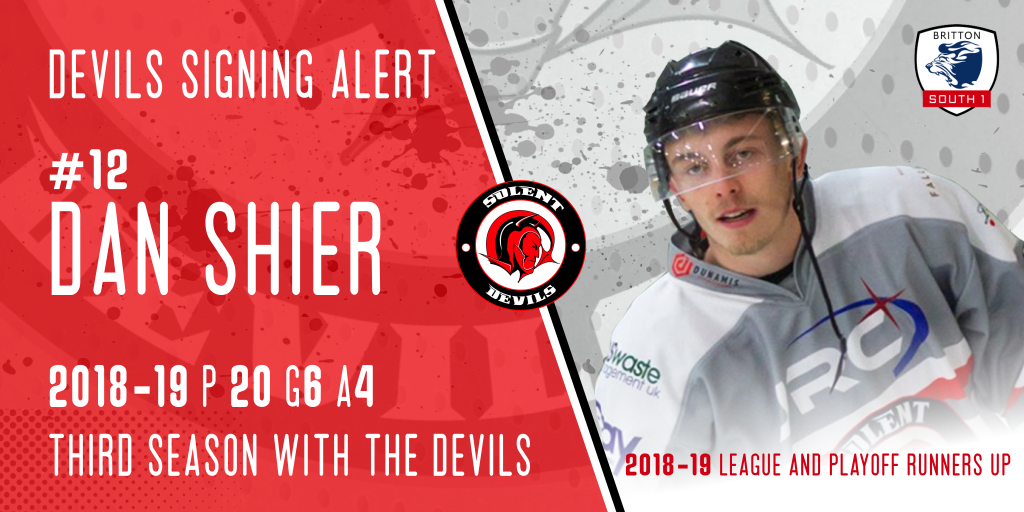 “I’m really happy to be back playing for the Devils this year,” says Shier, “We have a great squad and a great team ethic which gives us an edge in tight games, and I think we’re capable of anything.”

“Dan is a great young player with bags of potential, who fits seamlessly into our group of players.  His work ethic and ability to stand up for his teammates means his role within the team is invaluable.”

“I felt I played a bigger all-round role on the team last year,” said Shier, “I’m looking forward to stepping up again in the higher league.”

“Dan settled into his role last year and made improvements to his game as he continues to develop with the Devils.”

As thoughts turn towards the upcoming season, Murray continues

Shier though, knows it will be a team effort and confidently says

“We can’t be underestimated in this league and will be picking up points where people might not expect us to.”

Shier will be returning in shirt #12 next season.  If you are interested in sponsoring a Devils shirt, or becoming a club sponsor, please contact devilssupporters@outlook.com.