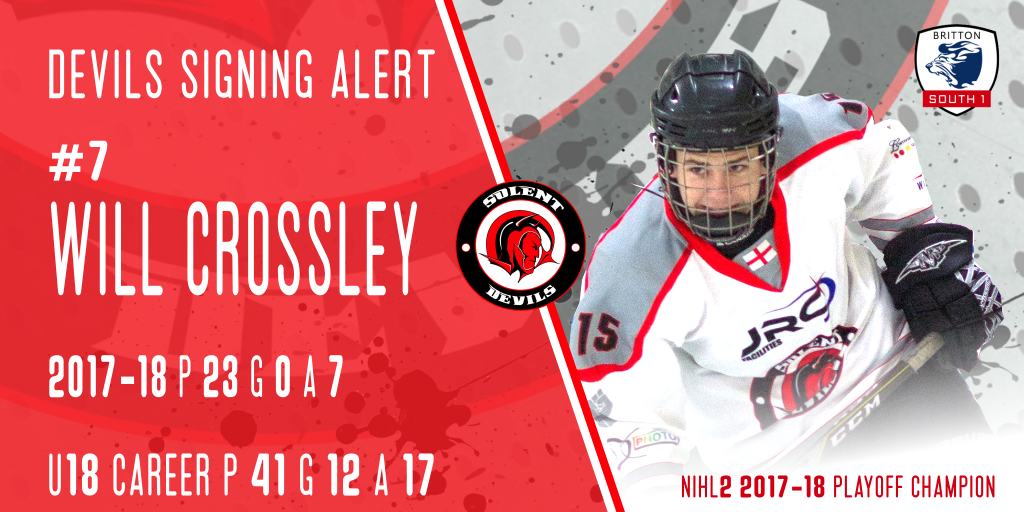 Today, the Solent Devils are delighted to announce the signing of British defenceman, Will Crossley.

Crossley joins the Devils in shirt #7.  If you would like to sponsor a Devil, or find out about becoming a team sponsor, contact devilssupporters@outlook.com.