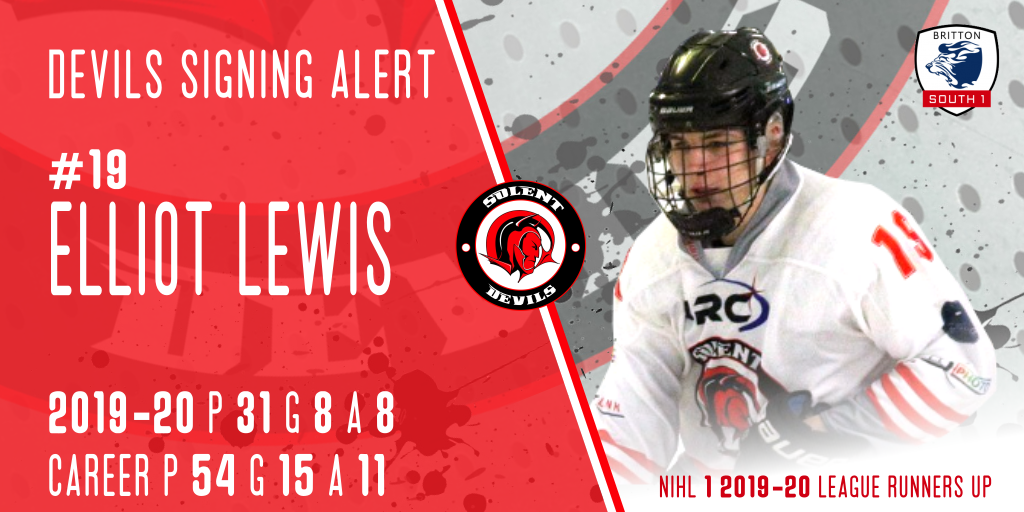 Today, the Solent Devils are pleased to announce the re-signing of Elliot Lewis.

“There isn’t enough time for me to give all the reasons I’ve come back to the club this year,”

“a few of the reasons behind my choice, are the people and the professionalism of Solent as an organisation.  From my teammates to the fans, it feels like a really big family atmosphere the minute you walk into the rink.  The club is run by a really dedicated group of volunteers who put in so much hard work to make our club have a professional edge, that’s why I love playing here – it’s home.”

Lewis will return to the Devils in shirt #19.  If you would like to sponsor a Devil, or find out about becoming a team sponsor, contact devilssupporters@outlook.com.

The Solent Devils are delighted to announce the signing of British forward Liam Coleman.

Ready for the first of the new faces...back here at six this evening. https://t.co/IDiqCnYEaJ
View on Twitter