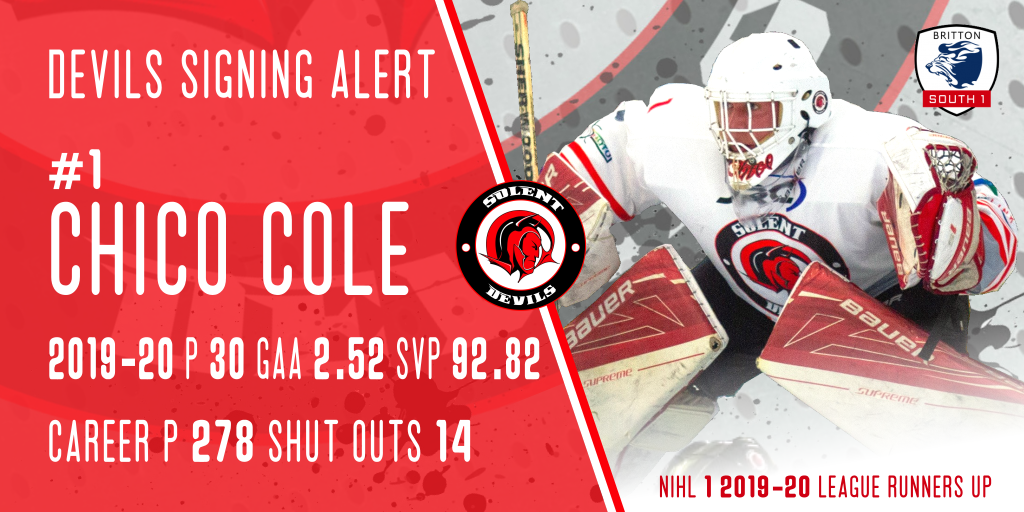 Today, the Solent Devils are overjoyed to announce the re-signing of netminder, Christian “Chico” Cole.

This will be Cole’s eleventh consecutive season at Solent, where his skill and ability between the pipes have earned this fan favourite, cult status with the club.

“I’ve always loved playing for Solent as I feel it is where I play my best,” says Cole.  “The locker room is always great, and I can’t wait to get back for another season.”

Cole will return to the Devils in shirt #1.  If you would like to sponsor a Devil, or find out about becoming a team sponsor, contact devilssupporters@outlook.com.