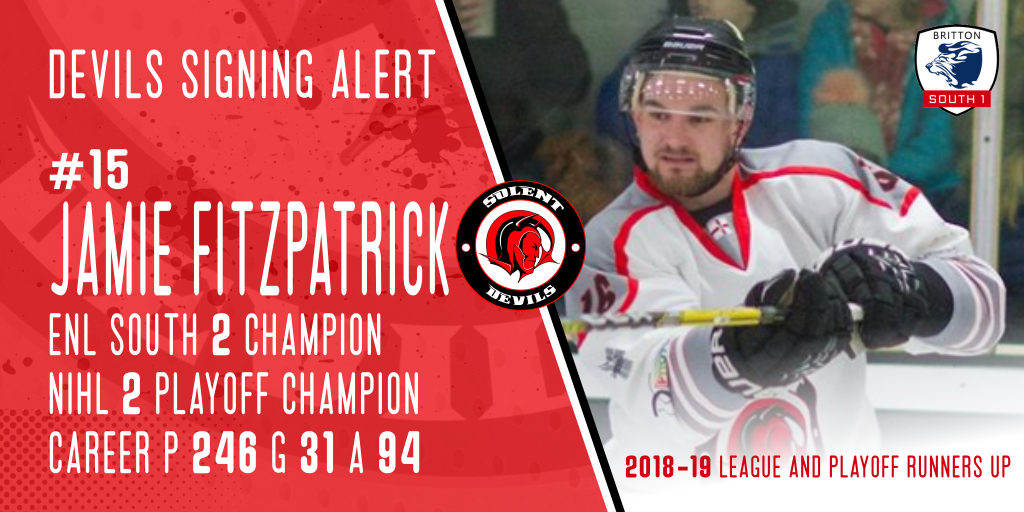 Today, the Solent Devils are delighted to announce the return of British defender, Jamie Fitzpatrick.

Fitzpatrick is not a stranger to the Solent fans, having played 246 games after coming up from the Solent youth programme.

We are delighted to have Jamie back on a interim basis over the Christmas and new year period. Jamie is a solid Defenceman who knows what it takes to play for this club.

Fitzpatrick will be joining the team in shirt #15.  To discuss sponsorship opportunities, contact devilssupporters@outlook.com