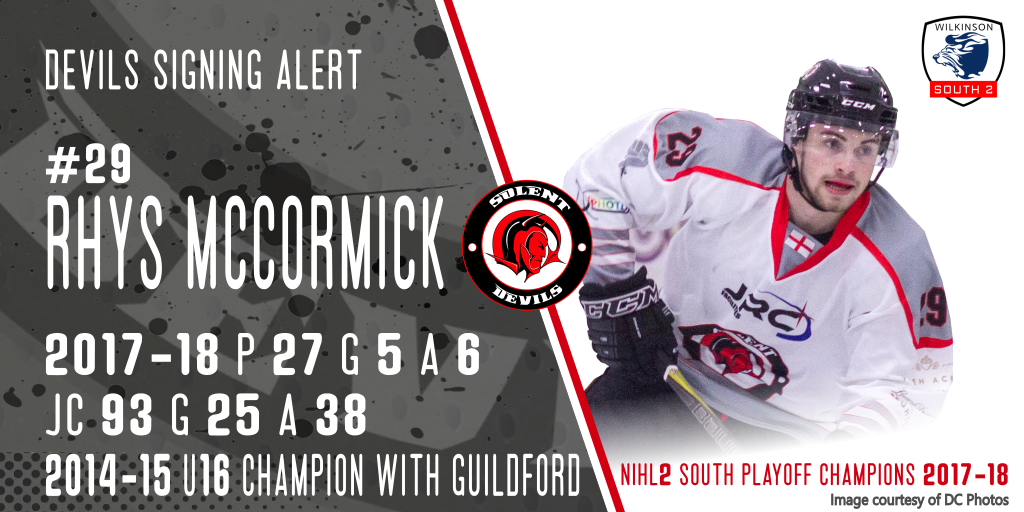 The Solent Devils are pleased to announce the return of Rhys McCormick.

McCormick will be returning in shirt 29, and is currently looking for a shirt sponsor. If you would be interested in sponsoring any of the Devils shirts, or becoming a team sponsor, please contact devilssupporters@outlook.com